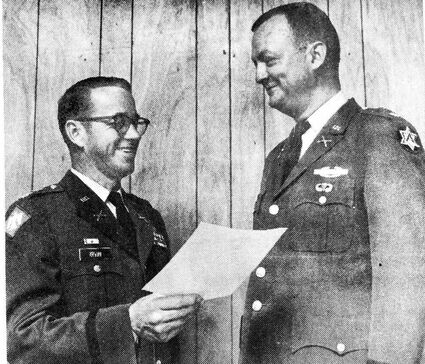 The Spokane Tribe of Indians is busy with two projects this November, one in Spokane and the other in Airway Heights. Spoko fuel, the tribe's gas station and convenience store is moving forward with its Spokane Tribe Economic Project and introducing an Arby's to the West Plains.

The restaurant is expected to be completed January 2012. In addition, the location is redesigning its entrance along Highway 2. The upgrade will extend the turning lane, allowing for more room for vehicles to slow down before entering the store.

Two items took up the bulk of the discussion at October's Medical Lake Planning Commission meeting. City planner Glen Scholten said that with the finalization of chapter 13, the city's comprehensive plan was now complete. Chapter 13 deals with the protection of Fairchild Air Force Base, and steps the city can take to ensure it isn't encroaching on the base.

Air Force Airman 1st Class Christy A. Hurt has graduated from basic military training at Lackland Air Force Base, San Antonio, Texas. During the six weeks of training, the airman studied the Air Force mission, organization and customs, and received special training in human relations. In addition, airmen who complete basic training earn credits toward an associate degree through the Community College of the Air Force. Hurt is the daughter of April Dale and stepdaughter of Ken Hoeche of Medical Lake. Hurt is a graduate of Medical Lake high school.

A Cheney sophomore at Eastern Washington State College, Lois M. Fairbanks and Gayle J. Schieche, Spangle sophomore, have been named to membership in the EWSC Sponsor Corps, women's auxillary of the EWSC Reserve Officer's Training Corps detachment. Col. Andy W. Pribnow, EWSC professor of military science, said the girls were selected by Sponsor Corps members and ROTC cadets after a series of interviews and marching drills. The EWSC Sponsor Corps represents the college each year in the Spokane Lilac Festival-Armed Services Parade and the Wenatchee Apple Blossom Festival Parade. Neither has yet selected a major study area at EWSC.

Thirty-one Boy Scouts from Troop No. 356 of Cheney had a weekend outing October 23 and 24 along Mullen Trail near Cheney. The scouts were busy registering the trail as part of qualifications of the Historical Trails Award in Scouts. Tim Masters, scoutmaster for the Cheney troop, said the scouts cleared and are marking the quarter mile trail located off the Cheney-Plaza Highway in the Turnbull range. On the weekend, the 31 youngsters built a swimming pool by damning a creek, put up an A frame for a bridge over the creek, cleaned out a spring, cleared the trail of rocks and debris and did work toward merit badge qualification. In addition to working, the boys camped out on Saturday and took a hike along the trail he said. Other advisers were Orval Tiedt and Art Clifford.