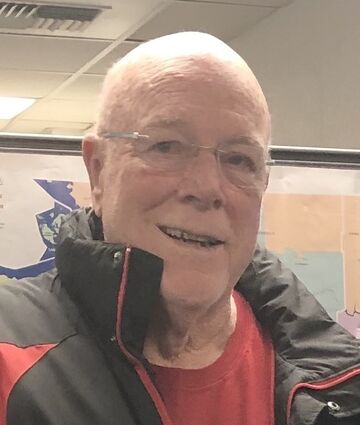 Bob, who earned both undergrad and graduate degrees from Oregon State University, first came to Cheney as a 25-year-old in 1968. He was answering a magazine advertisement seeking a Professor of Geography at what was then called Eastern Washington State College.

Bob was just vaguely familiar with the Pacific Northwest having passed thru the region on a trip across country with his childhood friend Dave while traveling in his Mom's station wagon. After peaking at a map to find Cheney, and remembering on that journey there were trees, lakes and mountains, he was sold. Bob remained here the rest of his life.

Ironically, the winter of 1968-69, his first living in the area, was one of the coldest and snowiest on record in the area.

Despite not yet having his PhD, Quinn was hired by Dept. Chair Dale Stradling, who also granted him tenure just a year later. Quinn went on to earn his doctorate at OSU and would retire 49 years later in 2016 after teaching Geography 100, Meteorology, Oceanography, Climatology and Atmospheric Science in Eastern's Earth Science/Geography Department.

Bob was first bitten by the weather bug after taking classes at L.A. City College. He told his mother "I'm not sure that I can spell meteorologist, but I want to be one." Quinn would go on to become one of the premiere long-range forecasters in the nation with the weather station outside Isle Hall on the EWU campus is named in his honor.

Among many notable accomplishments, Quinn served during the administration of President Bill Clinton on the U.S. Air Quality Taskforce. In 2008 he was honored with the Ralph Munro Longevity Award with 40 years of service to EWU, one of only three such persons at the school.

Bob was also instrumental in designing the Wetland program at Eastern and taught that even in retirement. He became the "go-to" wetland consultant for Spokane County years ago and will be greatly missed in that capacity. Sue and Bob worked these projects together the last few years, learning from the best.

Having grown up in L.A. and late arriving to the game, Quinn served many years as the faculty advisor for EWU's hockey team and was a big Spokane Chiefs fan. Bob also became an avid EWU sports fan, rarely missing football, basketball and/or volleyball games always sitting in the same seats for years.

Bob was also an avid hunter and fisherman, pursuits he learned and enjoyed with his father. Bob grew up having the Hollywood Hills as his playground thus beginning his love of the outdoors and that drove his passion for weather. He also loved his "indoor sport" of playing craps at Northern Quest Casino and being part of a regular golf group at The Fairways' EWU Summer Golf League.

Bob and Sue were fortunate to travel to many places across the globe, including a dream cruise through the Panama Canal, Australia, the Mediterranean as well as regular fishing trips to Cabo San Lucas.

The couple also trekked around and across the U.S.A. visiting Churchill Downs, took several trips to Washington D.C., Gettysburg, New Orleans and many driving trips to California stopping at all sites of interest along the way. A highlight was taking cousin Chuck to see Cooper Kupp play football his first year in the NFL.

Bob was a history buff of the highest order, especially World War I. His knowledge was massive. Bob and Sue had many talks about history, a love they both shared. He enjoyed Sue's reading exerpts from the WW I diary of her grandfather. Bob loved to watch war movies with the sound turned up loud "so he could hear the roar of airplane engines."

Both Bob and Sue Loucks were previously divorced and met for the first time Sept. 8, 1991, having been introduced by Larry and Betty Gady. That's when Bob showed up at the Rockford restaurant where Sue held down one of her many jobs at the time. He gave her a hastily assembled bouquet of petunias taken from the restaurant flower box and stuck in an empty beer bottle. They were married on May 1, 1992.

Bob would then ask Sue to help put the finishing touches on a house he first had built in the 1970s and she helped make it a home they fondly shared for nearly 30 years. He loved the home we built together; his koi pond was a delight and of course, so was his ever-faithful furfur Lily Brianna Quinn. 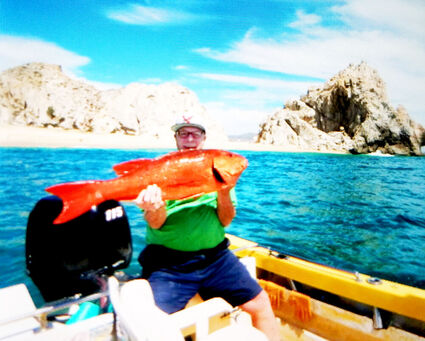 Services for Quinn will take place Saturday, Oct. 30, 1 p.m. at the Cheney Funeral Chapel. Donations can be made to the Tunnel to Towers Foundation (Tunnels2Towers.org).