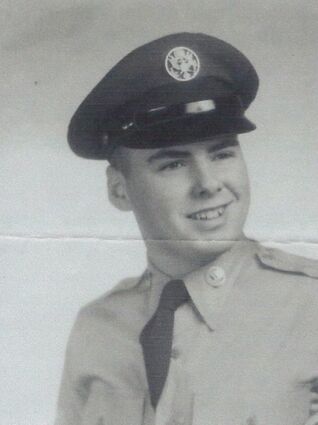 The Spirit of Ray Eldon Osterberg left his body in Cheney, Wash. and went to Paradise on Oct. 9, 2021. He was born on his grandparent's farm between Troy and Deary, Idaho, on Aug. 5, 1934, to Alex Ruben and Minnie Elizabeth Fredman Osterberg.

He married Dolores Marie Colomb on Feb. 24, 1957 at Colfax. Ray graduated from Moscow High School in 1952 and joined the Air Force in 1953. He served 22 years and 2 months (in Korea, Germany (twice) and Okinawa (now part of Japan) and in the states of Texas (twice), Colorado, Montana, Oregon, and California) before retiring as a Senior Master Sergeant (E-8 - Computer Systems Superintendent) and settling with his family in Cheney in 1976. His most prestigious award among his service medals and ribbons is the Meritorious Service Medal.

He has been an active member of The Church of Jesus Christ of Latter-day Saints since 1963 and has served in many positions, including as Bishop of the Cheney First Ward from 1989 to 1993. Ray and Marie served a mission for the Church in Wisconsin from 1997 to 1999. He was also active in the Boy Scouts of America from 1966 to 1997, serving in various positions and units, in three councils in the United States and two councils overseas. He was awarded the Silver Beaver in 1990.

His primary hobbies and interests are family history (genealogy), golf and traveling. He has spent countless hours researching his Swedish ancestry and has over 27,000 names in his computerized ancestral file. He has visited Sweden twice, but most of his information came from microfilmed Swedish records and sources on the internet.

He has played golf since 1949, played on the Moscow High School golf team, has been awarded several trophies and scored three holes-in-one. His summer job from 1949 until 1953 was at the Elks Golf Course in Moscow, ID, where he won the Moscow Junior Championship and reached the semi-finals in the Elks Club Championship in 1952. He also won the 29th Air Division Golf Tournament in Great Falls, Mont., in 1955. He has played in competition in Germany (including Berlin when it was behind the iron curtain), Luxembourg, and Okinawa, and in several western states.

In his travels he has been in 49 states in the United States (didn't get to Maine) and 24 other countries in Europe and Asia, plus Canada and Mexico. 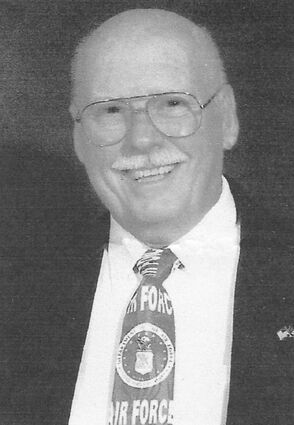 He is a lifetime member of The Retired Enlisted Association and the Veterans of Foreign Wars. He also has been a member of the Air Force Sergeants Association, National Association for Uniformed Services, American Military Society, American Legion, United States Golf Association and The Latah County Historical Society.

He is survived by his children, Kim Marie (Hank) Burnell of Zillah, Wash., Mark Alex of Kennewick, Wash. and Kelly Colomb of Cheney, Wash., 12 grandchildren and 18 great-grandchildren and his brother Howard Osterberg. He was preceded in death by his wife of 63 yrs., Delores, his son Randy, his parents Alex and Geraldine, and sister Geraldine Schmidt.