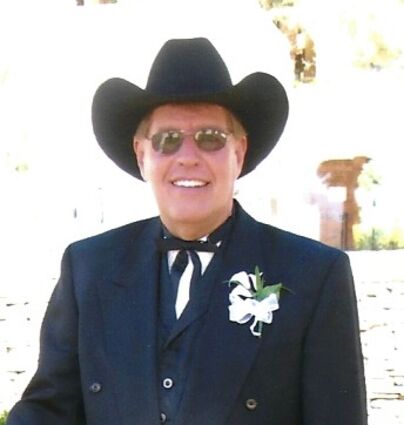 Nicky (Nick) Kermit Marsh was born in Spokane on Jan. 17, 1949 to Melvin (Mike) and Mary Marsh.  He grew up and worked on the family farm outside of Cheney.  Nick went to Amber Grade School and Cheney High School where he exceled in academics and basketball.  He went on to Eastern Washington State College where he obtained a double major in teaching and Spanish, with a minor in psychology.  Upon graduation, Nick's first job was as a special education teacher at his high school alma mater.  He also taught Spanish, psychology, driver's education, and coached boy's freshman basketball.  Not only would he continue to help his folks on the farm during the summer but he would also teach drivers education to EWU foreign exchange students.

After teaching, Nick worked at Cheney Realty primarily selling residential property.  His outgoing personality and sociable nature were key ingredients in his success at selling homes. However, nothing could keep him from what he really wanted to do, which was to take over the family cattle ranch.  Nick jumped at the chance to take over the cattle side of the operation when the opportunity arose and he had been raising cattle for more than 30 years. Nick was genuinely interested in anything and everything that had to do with cattle.  He loved calving in the winter, branding and turning the cows and calves out to pasture in the spring, haying and weaning calves in the summer, and selling the calves in fall.  He often said there was just enough time to recharge the battery between selling the calves and feeding to be excited to do it all over again.  Never adverse to hard, physical labor and in good health, he was able to do what he loved until his passing.

Nick often spent Sundays at the Hayford Community Church.  He often spoke of his appreciation of the down-to-earth people in the congregation and the meaningful friendships that started there. As an escape from the everyday routine, Nick enjoyed watching the NFL and took special interest in his favorite team, the Indianapolis Colts.  He also found happiness following the NFL draft in the spring. He was easily amused by meaningless nonsense and old time television and movie car chases and the near misses that come with them.

Nick passed comfortably on Sept. 28 at the age of 72 at Sacred Heart Hospital due to COVID complications.  He is survived by his wife of 13 years Shelly: his brother John (Becky); his sons Steve (Amy) and Kevin Marsh; stepsons Eric Johnson, Jesse (Kristina) Stone, and Brandon (Avery) Wright; grandchildren Haley, Colton, Jake, Sam Marsh; Emma, Aubriella, Olivia Stone; and many nieces, nephews, and cousins.

A graveside service will be held on Tue., Oct. 5 at 12:30 at Spokane-Cheney Memorial Gardens for all who want to attend.  No reception will follow.

In lieu of flowers, the family suggests memorials in Nick's name can be made to his church, Hayford Community Church.