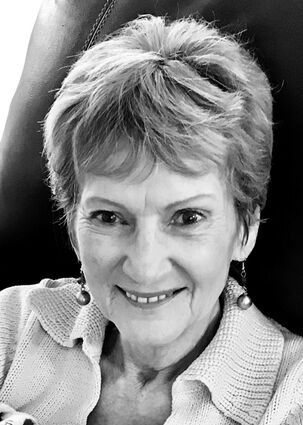 Mary Malinda Sautter passed away peacefully on July 23, 2021 surrounded by her family, after a valiant battle with lung cancer. Malinda was born on Sept. 10, 1943 in Findlay, Ohio to Emerson Shuck and Sarah LeGrand (Beidleman) Shuck.

Malinda was a member of countless clubs (including cheerleading) at Bowling Green High School and graduated in 1961. In 1962 she met David Bertram at Otterbein College. They married in 1963, living in Biloxi, Miss., Crete (Greece). Daughters Laurie (Bertram) Hale and Jennifer (Bertram) Miller were born in San Angelo, Texas during Dave's service in the Air Force before returning to Ohio.

Malinda moved from Ohio to Cheney, Wash. in 1977. Thanks to some fancy matchmaking by Jennie, Malinda met Hal Sautter, the love of her life, in 1982. They were married in 1983. She spent the last 37 years following Hal's softball team to tournaments, motorcycle riding, skiing, golfing, dancing, playing cards, gardening, skydiving, bowling and traveling. Malinda was a fiercely dedicated and loving mother and grandmother. She was a cheerleader and constant supporter of her daughters, grandchildren and great-grandchildren.

Malinda excelled in any job she tackled. She had a knack for knowing what needed to be done, even if she had never experienced that particular job before. Her organizational skills were impeccable. After moving to Cheney, she worked in the Spokane Flour Mill for an insurance company before moving on to Holy Family hospital where she eventually became Director of Communications. After leaving Holy Family, she worked for People to People sending professional delegations overseas to China and Japan. She was able to join one delegation to Beijing and came home with stories of food, sleeplessness, and the wonderful people she met. The next job where she could apply her skill set was as an office manager at Apex Physical Therapy. Her colleagues were like family, and embraced Malinda, Hal and the kids over the years. In 2000, Malinda and Jennie opened a children's clothing store in Cheney which was a fun and fulfilling experience for both of them.

Malinda was dedicated to serving her community. Her family volunteered during Thanksgiving in the Cheney Soup Kitchen. Hal and Malinda also frequently volunteered by to answer phones for the KSPS membership drive, and helped raise money for various other causes. Last year, she spearheaded efforts to gather and distribute household goods, clothing and funds for victims of the Malden fire.

Malinda joined PEO (Philanthropic Educational Organization) Cheney AJ Chapter in 2005. Malinda was proud of the organization and its commitment to helping women pursue higher education. It is here where Malinda found another family where she made life-long friendships with incredible women who all shared the same vision.

Malinda was preceded in death by her parents, Emerson and Sarah Shuck, brother Bill, and sisters Kathy Demchak and Jane Johnson. She leaves behind her husband Hal, daughters Laurie Hale and Jennifer Miller; grandchildren Savanna (Jake) Druffel; Colton Miller (Tommi Swannack); Katie (Hayden) Boring; and great-grandchildren John and Madelyn Druffel. A memorial service will be held at a later date.

Help her kindness, compassion and love continue by making a memorial donation to the PEO Cheney AJ Chapter, Hospice of Spokane or to the EWU JFK Library Collection Endowment.