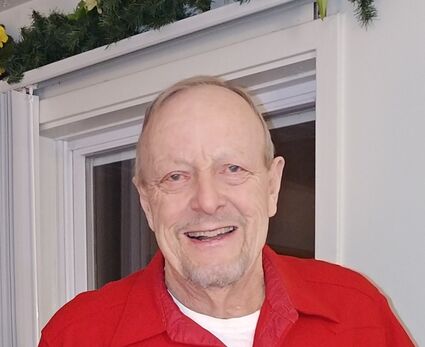 It is with great sadness that the family of Carl R. Clark, Sr. announces his passing on June 8, 2021. Carl lost his courageous battle with Lymphoma at the age of 70 surrounded by his family. Carl was born in Missoula, Mont. on Jan. 21, 1951.

His family moved to Utah in 1966 where he began attending Clearfield High School and met the love of his life, Kirby Ann Ramos. After graduation Carl enlisted in the USAF. He and Kirby married shortly after in 1972.

During Carl's 20 year career in the Air Force he served in the PACAF Honor Guard, Security Forces for the USAF at the Pentagon, and as a recruiter. He finished his Air Force career in 1990 as a TSgt. After retiring from the USAF, Carl worked in the auto sales industry and then as a school bus driver for Cheney School District until August of 2019.

Carl enjoyed many hobbies throughout his life. He was an avid fisherman as well as a competitive athlete. Carl was a member of the undefeated 2008 Senior Softball World Champion Team, and was inducted into the Spokane Metro Softball Hall of Fame in 2016. For years his prized Large Mouth Bass was mounted on the wall of his home and held his first Home Run Winning Championship ball in its mouth.

In the fall of 2019 Carl and Kirby Ann moved to Clarksville, Tenn. to be closer to their daughter and son-in-law. Carl looked forward to fishing the many famed lakes of Tennessee and Kentucky.

Carl is preceded in death by his son Brandon, father (Robert), mother (Ruth), and brother (Jim). He is survived by his wife of 50 years Kirby Ann, son Carl Jr. (Stephanie), daughter Diandra (Sterling), and grandchildren Kianna, Carson, Caeleb, Quentin, Austin and Olivia. He is lovingly remembered by his sisters Bobi and Annell; sister-in-law Cissy; his nieces and nephews, and many dear friends.

Carl will be fondly remembered for his keen sense of humor. He was always ready to entertain with a story about one of his many life experiences.

A celebration of Carl's life will be held at Emmanuel Lutheran Church in Cheney, Wash. on Aug 5 at 12 p.m. Carl will be interned with Military Honors at the Washington State Veteran's Cemetery located in Medical Lake, Wash. on Aug. 6 at 11:15 a.m. In lieu of flowers the family is requesting donations, in memory of Carl, be made to your preferred Veteran's Association.