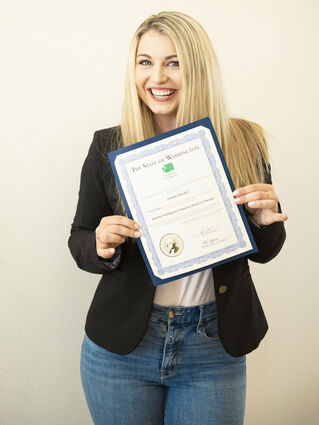 CHENEY — Like most of us, new Eastern Washington University student trustee Auriana Mitchell claims it’s difficult for her to be in two places at once.

A look at the Liberty High School graduate and Cheney-area native’s career so far makes one wonder, however, if she hasn’t somehow perfected that ability — if not physically, then at least mentally and intellectually.

The third-generation EWU student’s career at the university where her parents and one set of grandparents met while students almost ended before it really began. Enrolled in Running Start at age 16 in 2018, Mitchell...