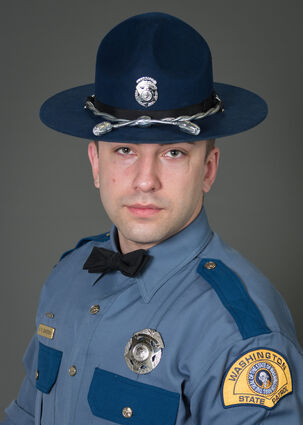 CHENEY - Cheney native Vern R. Sanderson was among 28 graduates to complete the rigorous Washington State Patrol Academy program on June 30. Sanderson was awarded an officer commission card from Chief John Batiste at a ceremony held at the Academy headquarters in Shelton, WA and will soon join the Forks detachment at the base of the Olympic Mountains.

"The 28 cadets graduating today endured a rigorous application process, extensive background investigation, and received the best training, unmatched anywhere else in the nation," said Chief Batiste in a recent press release. "Today, they will...