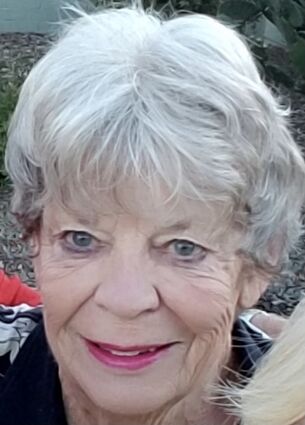 Sally Sue (Graff) Tibbitts died peacefully in her sleep on June 10, 2021 from dementia. She was born on July 28, 1939 in Union Gap, Wash., an only child of John Graff and Sue (Borseth) Graff. Sally graduated from Yakima High School and Washington State University with a degree in Physical Education. She married Thorne Tibbitts, from Spanaway, Wash., whom she met at WSU and they were happily married for over 62 years. She might be remembered as the manager of the Cheney Liquor Store and supporting Thorne in his real estate career.

Sally and Thorne renewed their wedding vows while on a 50th Anniversary Hawaiian Island cruise with their children and their spouses. They amassed a great number of friends through the years and they visited many of them while travelling in their retirement years. Sally enjoyed entertaining after Eastern games and cooking for a crowd. Sally was a devoted friend to many and would never question lending a helping hand. She had a fantastic sense of humor and genuinely loved life, laughter, and good times with all.

Sally loved flowers and always had them in her home. She also believed flowers were meant to be enjoyed by the living therefore, in lieu of flowers, please consider a donation to the Cheney Care Center, 2229 N. 6th, Cheney, WA, 99004. Please include "Sally Tibbitts" on the memo line.