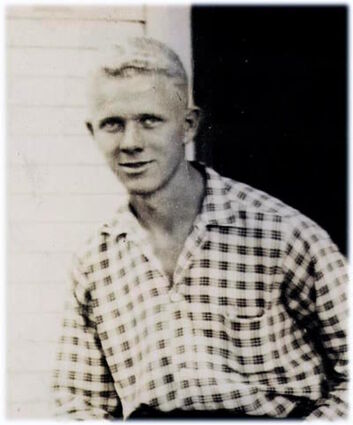 After several years of work, and almost 80 years after he vanished in waters off the Alaska coast during World War II, Capt. Gordon Ehlers has something of a final resting place at the Washington State Veterans' Cemetery near Medical Lake.

How loved ones depart this Earthly world for wherever they are destined is a journey as varied as the person itself.

Travel across the world, pick a belief.

"Historically the purpose of most religious funerals was to aid the deceased in their passage to the next life, and this remains an important factor for many," wrote Jennifer Uzell of the University of Durham in the United Kingdom.

There are no universally agreed death or funeral rites for Buddhists. In some Orthodox Christianity traditions services are held anywhere from 8 days to one year after death. Burial should take place as quickly as possible after death and preferably within 24 hours in Islam. In Judaism the deceased is never left alone between the time of death and the burial.

In the case of William Gordon Ehlers finding his final resting place took nearly 80 years, or as Siri calculated from Sept. 9, 1943, until Jan. 26, 2021 - exactly 28,265 days - to be realized at the Washington State Veterans' Cemetery near Medical Lake for a relative I never knew.

Gordon, or "Cotton" as my grandparents fondly called him because of his white-blonde curly hair, was the oldest of three siblings. His younger brother Bob successfully piloted B-17s over Europe, and sister Mary Jeanette "Sis" was my mother.

Gordon lived only in pictures for me - particularly a small collage featuring the fishing boat he crewed in Alaska that on the wall in the dining room next to the only telephone in their house in Okanogan, Washington. Among the things I kick myself for letting get lost in the shuffle when my grandmother, Nell, had to leave the home she had lived in nearly 70 years for a nursing home were those photos.

Gordon, a member of the Class of 1938 at Okanogan High School, was a good athlete and a decent student who would attend the University of Washington and became a member of Kappa Sigma fraternity.

His summers were sometimes spent on top of a lonely mountain in the Cascade foothills where he served as a fire lookout. Or later, in college, when he was on a crew that fished Alaska waters for the Fidelgo Island Packing Company in Port Graham.

It was in Port Graham he registered for the Selective Service. And it was the experience he gained here that impressed the U.S. Navy, earning Gordon a fast-track path to the rank of captain and command of his ship.

The foundering remains a mystery today, as do details of the vessel Capt. Ehlers skippered in those waters made famous in "The Deadliest Catch."

Family always said he was on a tugboat, but a news clipping from the Okanogan Independent newspaper said it was a transport ship with a crew of 12 to 15 working for the Army Transport Service. He disappeared just three days in advance of his 23rd birthday.

In the patchy connect-the-dots history that has been assembled, we know he was born in Rossland, B.C. in 1920. His dad, Bill, was a "hardware man" and mother, Mary Ellen "Nell" worked the telephone switchboard. Gordon's grandfather, Charles, owned and operated his namesake hotel in the rough 'n tumble mining town after the family migrated from Walla Walla.

The Ehlers family landed in Okanogan in 1922 where Bill worked for Blackwell's Hardware. He later lost a couple of fingers in a butcher's saw before going to work in safer spaces at the Post Office.

But Bill's career of note began in November 1943 by winning the only contested election in his 20-year career serving as Okanogan County Treasurer. 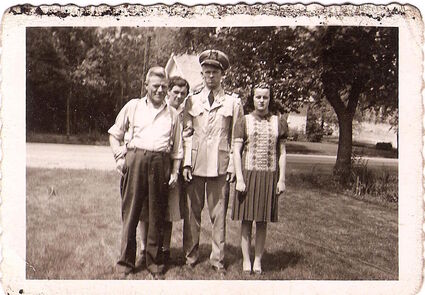 If the math is correct, Bill's win at the ballot box came just weeks after receiving news that his oldest son and a crew possibly over a dozen had vanished off Cape St. Elias, a bit southeast of Anchorage.

While much surrounding Gordon's death remains shrouded in mystery, one important element is not.

That is the fervor which cemetery executive director Rudy Lopez had as he helped navigate what proved to be uncharted waters that preceded the placing of the memorial marker. The dead ends, the bureaucratic black holes and the ways in which at least a half-dozen government agencies found reasons NOT to grant Gordon his small patch of stone were mind-boggling.

But Lopez saw this mission to its completion and if nothing else - and figuratively at least - Gordon has his place under the stars.