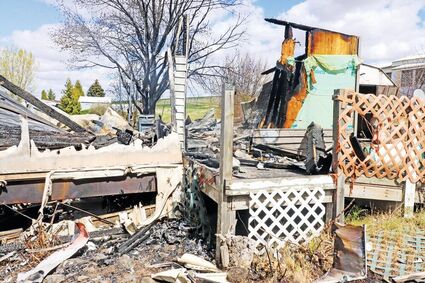 Porter, 65, of Rosalia, was charged with reckless burning in the first degree on May 3 in Whitman County Superior Court. He pled guilty on May 7.

He was sentenced on May 14 to 90 days in jail but Porter was granted a first time offender waiver for the jail time. Conditions of his waiver include 12 months of supervised probation and he’s to wear an alcohol monitoring device, said Whitman County Chief Deputy Prosecutor Dan LeBeau.