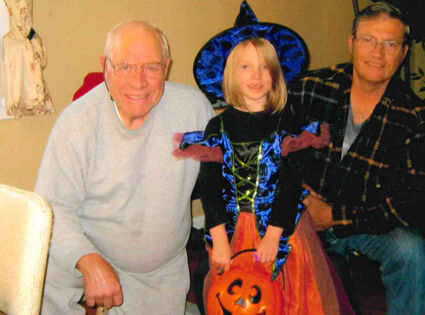 His family moved to the Northwest in time for him to start school in the North Shore District where he graduated from Bothell High School in 1959 while wooing his future wife by throwing spit balls in English class. After serving for two years in the Navy by working as an aircraft mechanic in Guam, he returned to Seattle to work in construction. He and Gina married in 1966 and began the married life as students at Eastern Washington University in the biology department.

While living in Cheney, Curt worked summers at Turnbull National Wildlife Refuge making many friends in the community and enjoyed the opportunities for hunting and fishing. His graduate studies at the University of Washington College of Forestry led to a master's degree in wildlife science. This started his career in the environmental field. He enjoyed working in Canada and the Philippines doing site assessments for power plants.

During these years Curt lived in Olympia, Wash. to work on the site for the Satsop Nuclear Power Plant. He maximized the options for salmon fishing, spending many hours out on Puget Sound. He also taught a class in environmental sciences at Puget Sound Community College to share his insights with students.

He retired in 2002 and returned to Cheney where his environmentally responsible home provided many happy years until his passing on April 29, 2021. Curt is survived by his wife, Gina, his two sons, Ian and Colin, their wives, Julie and Brittany, his two granddaughters, Diane and Gwendolyn and many nieces, nephews, cousins and relations.

Curt truly enjoyed the natural world and spent much of his time outside. His happy smile and good nature will be missed by many.

His interment at the Veteran's Cemetery in Medical Lake will be a private affair, but a memorial service to celebrate his life will be planned for when the Covid restrictions are lifted.