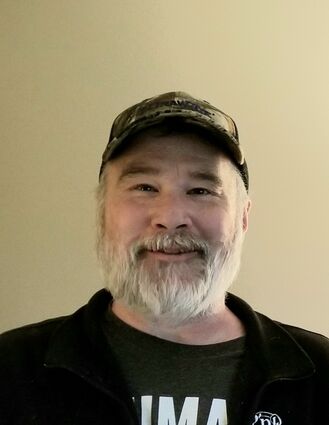 Brian "Fuzzy" Seagrave, loving husband, son, brother and uncle passed into the embrace of the angels on Thursday, May 6, 2021, to the music of his favorite keyboard, played by Robert Bremer. Brian was born at Homestead Air Force Base, Fla. on June 8, 1965.

Brian lived in Medical Lake, Wash. for the majority of his life. Brian graduated from Medical Lake High School and later earned a bachelor of arts in Music Theory and Composition from Eastern Washington University.

Brian worked a variety of jobs over the years, most recently at R&R RV, but music was his life. He was an accomplished musician, playing keyboards with numerous area bands, including; The Bobby Bremer Band, DBC and Atomic Jive. He was happiest when he was making music.

Fuzzy was just a wonderful man, loved by all who knew him, champion of the underdog, loyal to a fault, kind and generous. You were lucky to have him in your life. He never knew a stranger.

Fuzzy is survived by his wife and soul mate Dorothy (Dotti Seagrave), who lovingly cared for him during his extended illness; his parents, Mary and Dave Seagrave of Medical Lake; his brother, Gary and wife, Julie of Everett, Wash; his sister, Julie Jeppsen of Medical Lake; grandmother, Helen Sisson Seagrave of Fort Walton Beach, Fla; nieces, Rachel (Martin) Mitzlaff; Nicole (Tyler) Christman; Shelby Swan; Maggie Swan; and nephew, Travis Seagrave. We are grateful for Fuzzy's longtime friend, Alan Reid, who faithfully visited every week throughout Fuzzy's illness and for the wonderful nurses from Hospice of Spokane who eased us through the last days with great compassion.

At Fuzzy's request, there will be no services. A "Fuzzy Fest" musical celebration will be announced at a later date this summer. Online guestbook at cheneyfuneral.com