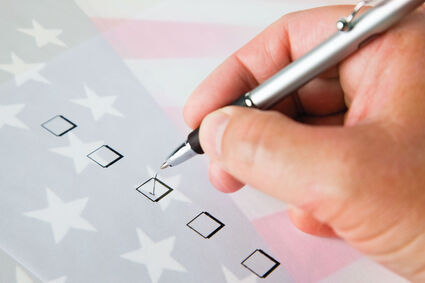 Candidate filing week opens May 17 at 9 a.m. and closes May 24 at 4 p.m. Running for office is your chance to make an impact on your community.

WEST PLAINS - Candidate filing week takes place May 17 – 21, and a quick glance at the seats up for election suggests the possibility for wholesale changes among some cities and districts.

Incumbent council members Don Kennedy (Position 1), Elizabeth Rosenbeck (Position 2), Arthur (AJ) Burton (Position 3), Tony Harbolt (Position 4) and Chad Pritchard (Position 7) are all up for reelection. All are four-year terms with the exception of Pritchard, who was selected earlier this year by the council to fill out former Councilwoman Jessica Roberts' unexpired term.

Roberts won reelection in November 2020, but stepped down because her family was moving out of Medical Lake. Whoever wins election in that Position 7 seat will fill out the remainder of her term.

Medical Lake mayor will also be on the ballot this year. Incumbent Shirley Maike has already filed for office with the state Public Disclosure Commission, winning election in 2017 by beating Mikeal Suniga.

Maike will face long-time and first-time candidate Terri Cooper, who has also filed with the Public Disclosure Commission. Candidates who expect to raise or spend $5,000 or more on the campaign must file with the commission.

In Cheney, three council positions are on the ballot along with mayor, all four-year regular terms. Paul Schmidt (Position 1), John Taves (Position 3) and Teresa Overhauser (Position 4) terms are up for election along with Mayor Chris Grover.

In a May 5 email, Taves said he would not seek reelection. He was first elected in 2013, beating current Councilman Dan Hilton, who won election to the Position 7 seat in 2019.

All council and mayor positions are paid positions and require a filing fee.

School board positions are four-year terms, and are not paid. No filing fee is required.

Candidates wishing to file online can do so at any time, 24 hours a day, during this period at http://www.spokanecounty.org/elections. In-person filing can be done at the Elections Department in Spokane, 1033 W. Gardner Ave.

County Auditor Vicki Dalton said prospective candidate should be certain of the position they intend to file for so there are no need for last minute changes or extra fees. Filing fees are not refundable, so if someone files for the wrong office and has to refile, it can cost extra.

"Last year, candidates waited until the last few minutes, made mistakes and were unable to complete filing by the deadline," she said.

Dalton encourages citizens thinking of running to do so.

A new feature in this year's election is counties are now required to send a printed voter's pamphlet to every household in the county, regardless of the number of voters in the household or even if there are no registered voters.

West Plains Fire and water district offices up for election

Several West Plains fire and utility district offices have commissioner seats up for election this year. Below is a list of the district, seat, term and the incumbent.