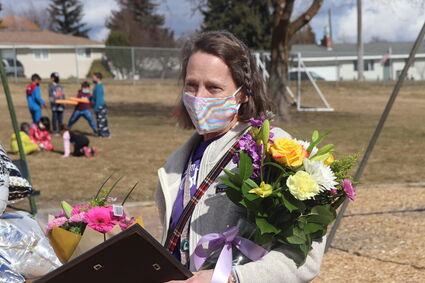 CHENEY - School District officials have announced that Salnave Elementary School paraeducator Saralynn Kerr has been named the district's Classified Employee of the Year. The announcement came at a surprise meeting at the school on March 10.

In a news release, officials said the award celebrates a classified staff member who has exhibited outstanding work performance and has contributed significantly to student or program success and to the betterment of the school district.

Kerr was nominated by Salnave principal Celina Brennan and the entire Salnave office team, who wrote the following...