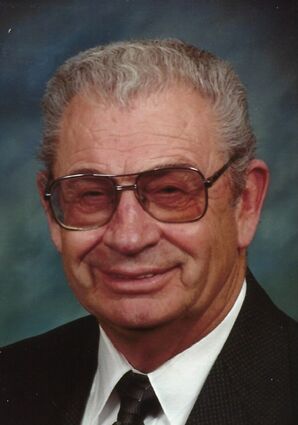 It is with joy in the promise of our Lord's gracious gift of eternal life that we announce the passing of our Dad, Morris James (Jim) Kintschi, into the presence of the Lord. He died at the age of 90 on Feb. 17, 2021 in Spokane Valley, Wash.

Dad was born on July 19, 1930 in Cheney, Wash. to Morris and Anna (Tanner) Kintschi. He had three older sisters, Irene, Bernice and Marie, and two younger sisters, Shirley and Deanna. He loved being the only brother to his five sisters and they loved him! Dad was raised on the family farm between Sprague and Edwall, Wash. The land was purchased from the United States government by dad's grandfather in the spring of 1883.

Dad attended schools in Edwall from first grade through high school. He enjoyed playing basketball in high school and graduated as valedictorian in his class of two students. After Dad's high school graduation in 1948, he attended Washington State University for one semester and then joined the Air Force during the Korean War. After Mom graduated from high school in 1951 and completed one semester at Gonzaga University, she and Dad were married in March 1952. Dad was stationed in Savannah, Ga. at the time, so he and mom spent their honeymoon traveling by car to Georgia. Dad was a top gunner on a B-29 during the Korean War.

After the war, Dad and Mom moved back to the family farm. They began their family with the birth of daughter, Debbie, followed by sons, Kevin and Tim.

Dad did become a very busy wheat farmer and cattle rancher. He had 300 head of registered Polled Hereford cattle. Mom and Dad enjoyed showing their cattle in exhibitions and competitions throughout the western states. There were visits to the ranch by other cattlemen from several locations in the United States, as well as from England, South Africa and Japan.  One highlight was selling some cattle to a rancher from Japan.

Dad was actively involved in his local and regional wheat and cattle organizations, the Lutheran churches in Reardan and Sprague, the Edwall, Reardan and Christian Heritage schools, and several community organizations. He served on boards, committees, councils, and as a leader in many groups. It was not unusual for Dad to work all day, come home for one of Mom's great meals, and head out to a meeting in the community until the later evening hours.

After retirement, Dad and Mom moved to the Cheney area. However, a farmer/ rancher never really retires. He would make almost daily trips to the ranch, until well into his 80's, to make sure all was okay.

Dad never met a stranger. He was a real people person. When Mom and Dad would travel after retirement, he would always find a local coffee shop in the vacation town. In the early morning, while Mom was getting ready for the day, he would go to the coffee shop to visit with the locals.  During a trip to Switzerland and Germany with Debbie and Tim in 2015, he stayed at a trailhead while Debbie and Tim hiked to a nearby castle. Even with the language barrier, he spent the couple of hours "visiting" with the locals and other tourists. He was always making new friends, sometimes just with a friendly smile.

Dad had a big heart that was sensitive to those in need. He was always willing to help however needed with physical work, financial assistance, and emotional support. He was generous in sharing his gifts and talents.

When Mom passed in March 2014, after 62 years of marriage, Dad remained in their Cheney home. He enjoyed meeting friends daily in Cheney for coffee, enjoyed his church family at St. John's Lutheran Church in Sprague, and enjoyed activities with his family. About three years ago, Dad needed more help due to health changes. He moved to an adult family home in Spokane Valley where he received individualized loving care and enjoyed the caregivers and the other residents. He also enjoyed outings with friends and family.

Dad is reunited with Mom in heaven, who he missed so much! Others gone before are his parents, sister and brother-in-law Irene and Bob Snow, sister Marie Sinclair, brothers-in-law Del Cox and Ed Kuhn and brother-and sister-in-law Warren and Virginia Lagers.

One of Dad's prayerful desires was for all his friends and family to have a personal relationship with the Lord and Savior Jesus Christ.  Recently, Dad was reflecting on his life. He knew that Jesus had been with him all along his life's path with blessings, guidance, and abundant grace.