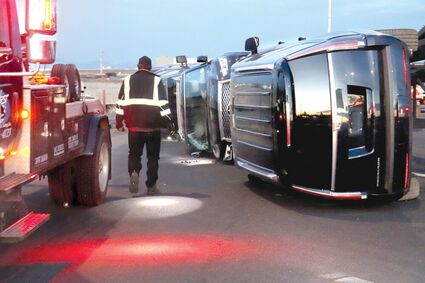 A 52-foot gooseneck vehicle hauler and pickup tipped over Wednesday evening, Feb. 10, in the roundabout at the intersection of state Highway 902, West Geiger Boulevard and West Medical Lake Road. The incident spilled three vehicles onto their sides and blocked the roundabout between Airway Heights and Medical Lake for more than three hours. Nobody was injured in the mishap that closed the roundabout from 3:27 p.m. to 6:33 p.m., the state Department of Transportation reported. Superior Towing and Divine’s Towing and Hauling, both of Spokane, righted and removed the vehicles. 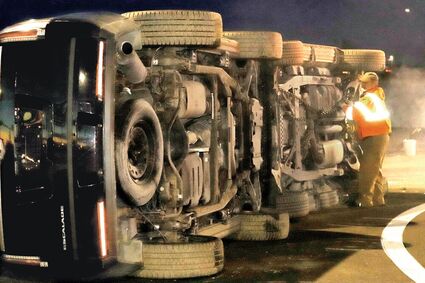