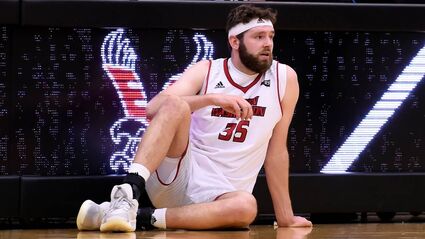 GREELEY, COLO. – It's never easy winning on the road in the Big Sky Conference.

So in this season of Covid-19 when teams are playing home-away matchups in one location – getting at least one win can be particularly fulfilling.

Eastern Washington University's men's basketball team managed that feat last week by earning a split in their series with Northern Colorado. The Eagles fell in the last minute, 78-76, on Thursday, Jan. 21, but used a late 7-0 run to pull off a win in the rematch Saturday that was also played in Colorado – winning 82-76.

Head coach Shantay Legans mixed up his per...