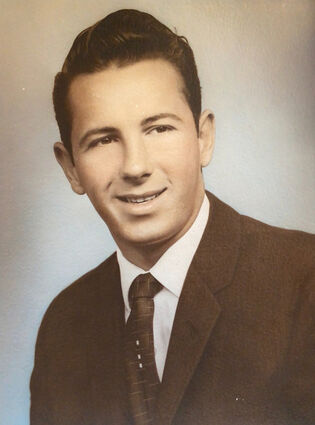 Graduating from high school but still too young to join the Navy, Don joined the Merchant Marines, serving for six months before turning 18 and enlisting in the Navy. This began Don’s lifetime of service to the United States of America

It was the Navy that took Don to San Diego, Calif. where he met the love of his life, Linda (DeJarnett) at a family gathering. Don and Linda were married in 1961 and began a lifelong adventure of service to their country and outdoor adventure with their growing family.

After completing his tour with the Navy, Don took a break from military service in 1962 to attend college. After the birth of his first son, David, Don joined the United States Air Force and worked his way through the ranks while attending college, ultimately receiving his bachelor’s degree in accounting from San Diego State College, the first in his family to graduate from college. During this time Don and Linda were blessed with two more sons, Daniel and Darrell.

Don received his officer’s commission in 1970 and his service took him and his family across the U.S. where he fell in love with the Pacific Northwest. Eventually, he was stationed at Fairchild A.F.B. where he decided to put down roots; first building a log cabin by hand on property they purchased near Priest River, Idaho and later becoming a “gentleman farmer” on six acres near Medical Lake, Washington. In 1981, Don retired from active service but soon returned to work for the Air Force as a civilian; working for another 20 years and becoming the Deputy Commander of the Services Squadron at Fairchild.

Throughout, Don provided for his family with his extensive garden and his consummate skill as a hunter and fisherman. He instilled in his family a love of the great outdoors, a sense of boundless adventure, and certain knowledge that there was nothing that was impossible.

In 2001 after serving the United States military for over 43 years, Don retired and he and Linda started their next grand adventure, traveling the U.S., Canada and Mexico with fishing poles in hand, but always returning to his home in time for the best fishing and hunting of the year. Don’s love of the outdoors was next only to his love of his wife and family.

He shared his passion with his wife, children and grandchildren teaching them how to present a dry fly to a rising trout, shoot a double on flushing quail and to “hem up” a whitetail buck. The number of fish he caught cannot be counted and his hunting exploits and tales will live on in our memories. His spirit will be with us on every cold autumn morning, as we walk along the swift-running rivers and hear the waves gently lap upon the shore.

Services will be held at the Eastern Washington Veteran’s cemetery when circumstances allow. In lieu of cards and flowers please consider making a donation to the Michael J. Fox Foundation for Parkinson’s Research.