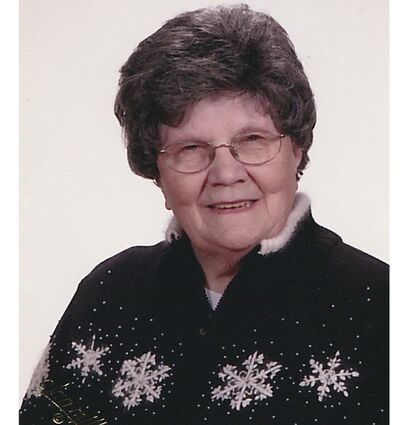 Rosalie was born in August of 1929 in Edinburg, N.D. to parents Amund and Helen Nygard. At age 16, Rosalie graduated high school from Hillcrest Academy in Fergus Falls, Minn.

Following graduation, she moved to Seattle to attend the Lutheran Bible Institute and be near her sister Arlett. She met and married Stanley Williamsen in 1949 in Seattle. While Stan was attending the seminary in Minneapolis, Rosalie did clerical work prior to the birth of their first born son, Timothy. When Stan graduated the seminary, they moved their new family to Tacoma, Wash. and Stan's first parish. While there, they welcomed their second son, Michael.

Rosalie loved being involved in the church and being Mommy to her two young sons. One day, Tim and Mike told her that they were collecting dust bunnies under their beds so that God could make them a baby sister.

After a move to Ferndale, Wash. and a new church, baby sister Lori came along (a prayer answered). Life was great! Stan was called to Petersburg, Alaska and the family picked up and moved again. Shortly after they moved, another baby girl (Susan) completed their family. Again, Rosalie was busy with church activities and being mommy to four children under the age of 10.

A few years later and another calling came. The family moved to Davenport, Wash. where Stan became the Pastor of Zion Lutheran Church. Rosalie began working for Telephone Utilities in Davenport. In 1988, with her children grown and husband retired, Medical Lake, Wash. became her final home. She stayed with the telephone company for over 25 years until she retired.

She loved being involved as a Sunday School superintendent; wrote and directed a pageant at the church entitled Noah's Ark (the children loved dressing up as the animals); and making items for the church bazaar every year. She always told her family that Jesus was her best friend and that someday when she was called to Heaven, she would finally get to meet him! Goal accomplished Mom!!

Rosalie is preceded in death by her husband Stan, her daughter-in-law Laura, her parents, sister Arlett Nordsletten, brothers Al, Ken and Stanford Nygard.

In lieu of flowers, it was Rosalie's wish that donations in her memory be made to Hillcrest Academy in Fergus Falls, Minn. or Park River Bible Camp, Park River, N.D.

Memorial service dates are to be determined. Email Tim at timw100@gmail.com for additional information.