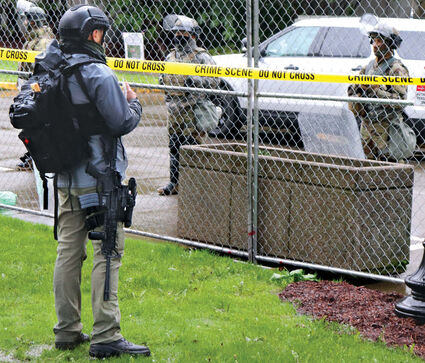 Early in the morning, a woman parked her RV in front of one of the gates and refused to move it or leave, the Washington State Patrol reported. When she was arrested for failing to follow a lawful order, one of her friends moved the RV.

Then at precisely 11 a.m. as the Legislature was opening session, a man in his 30s attempted to walk to the Capitol building and was immediately arrested for failing to follow a lawful order, the patrol said.

The patrol has yet to relea...