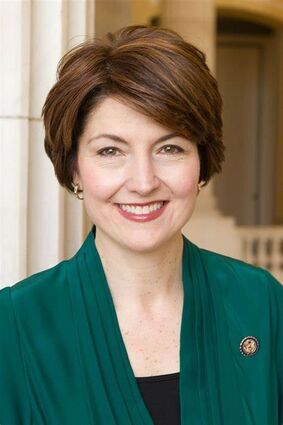 Washington 5th District Rep. Cathy McMorris Rogers (R-Spokane) says she will join a group of over 100 Republican House of Representatives members in objecting to electors of several presidential battleground states sent from the Electoral College and scheduled to be counted on Wednesday, Jan. 6.

UPDATED Jan. 5, 2021 at 3:56 p.m. -- CNN has just released a statement from 5th District Rep. Cathy McMorris Rodgers that after witnessing the pro-Trump violence in Washington D.C. today she is changing her mind and will not support the objections to the Electoral College results in contested states. The combined House and Senate is scheduled to reconvene its joint session to read and accept the results from the Electoral College tonight at 8 p.m. Eastern Standard Time. The session was interrupted and shut down after pro-Trump protestors stormed the Capitol, forcing elected officials and staff to got into lockdown in areas of the building.

This is a developing story.

WASHINGTON, D.C. - Eastern Washington's two U.S. House representatives will be on opposites sides of the vote to accept the Electoral College numbers when Congress meets in session Wednesday.

Fourth Congressional District Rep. Dan Newhouse of Sunnyside is joining a contingent of conservative lawmakers planning to accept the numbers.

"Our founders set up a system to give representation to 'We, The People' and ensure our voices are heard. With historic turnout, razor-thin margins, and dramatic changes to voting processes in the midst of a global pandemic, people understandably have many questions about the integrity of the 2020 presidential election," McMorris Rodgers said. "This week's vote is not about overturning an election. It is about examining allegations of potential fraud, certifying that states are protecting election integrity, and ensuring people's voices are heard."

McMorris Rodgers will be joined in opposition by what is expected to be more than 100 congressional Republicans. A group of Republican senators have also called for a study of vote tallies.

"I will support the objections to Electoral College vote counts in states where there have been allegations of voter fraud and questions raised about the legality of changes to state election law," she said. "I will continue to fight for answers for the people I represent and make sure their voices are heard."

"We must respect the states' authority here," the group said in a statement released Sunday. "Though doing so may frustrate our immediate political objectives, we have sworn an oath to promote the Constitution above our policy goals."

The two Republicans, who combined represent all of Eastern Washington's counties, are rarely on opposite sides of the vote.

The U.S. House and Senate will both be taking up the Electoral College vote when they meet Wednesday, Jan. 6 at the nation's capital.

Meanwhile, outside of the Capitol building, protests are expected nationwide as President Trump's supports call on congress to "Stop the Steal."

The largest protest will take place in Washington, D.C. 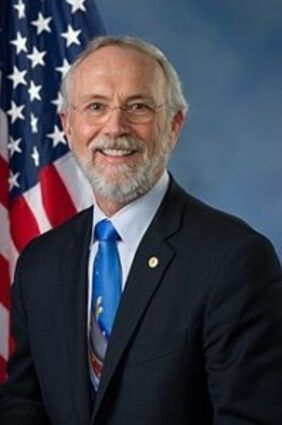 Washington 4th District Rep. Dan Newhouse (R-Sunnyside) says he plans to endorse the slate of electors sent by the states to Congress as provided by the popular vote in the states.

In neighboring Whitman County, Trump supporters are planning to rally from noon to 4 p.m. on Main Street in Colfax to oppose approval of the Electoral College vote.

The U.S. Supreme Court as well as judges in multiple states have ruled against claims of voter fraud affecting election results in the 2020 presidential race.

Former U.S. Attorney General Bill Barr has said he has not seen evidence of widespread fraud to affect the outcome.