The local tire and auto shop has closed permanently. Most employees now work at a shop in North Spokane. 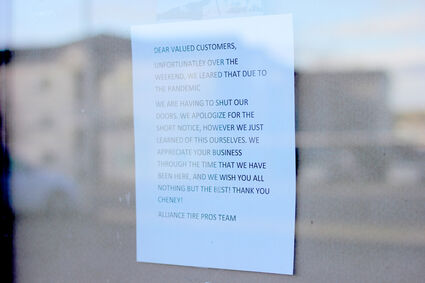 CHENEY-A lack of Eastern Washington University students on campus due to pandemic restrictions and online classes took a chunk out of the city's economy. Now, it has played a part in claiming Alliance Tire Pros, which permanently closed Dec. 21.

"We couldn't bank on students coming back...when they announced next quarter will be (mostly) virtual," owner Jared Posey said.

He noted the absence of volume the business would normally get from students took away the profit margins from the store, which as a small company didn't have the overhead to sustain until a currently unknown time when students would be back en masse.

Posey met with partners the weekend of Dec. 11 to discuss the move.

"We sat and crunched the numbers," Posey said. "By the 14th there was no line of sight." 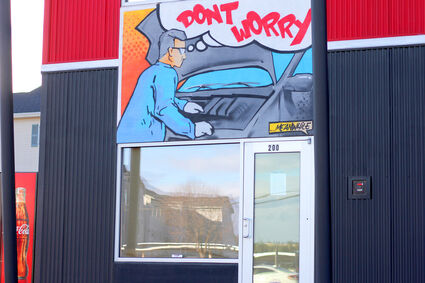 We had been expecting some grant money to aid us in these struggling times. However that money was diverted from Cheney and given to other places," Reno wrote. "I understand everyone's frustration and anger in the way that it happened...we had NO intention of closing and not telling anyone."

Reno wrote that he had formed strong customer connections in the city and asked that those customers continue to show their support at American Tire Depot. He said all warranties will still be covered.