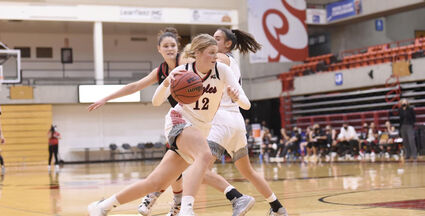 CHENEY — It took a while, but Eastern Washington University’s women’s basketball team finally got into the win column.

The Eagles started slow, but combining an offensive outburst with solid defense, rebounded from an 11-point first quarter deficit to down visiting College of Idaho Yotes 59-46 last Thursday, Dec. 17, for Eastern’s first win of the 2020-2021 season.

The Eagles had three score in double figures, led by Kennedy Dickie with 19 points and nine rebounds while Jenna Dick scored 17 points on 7-for-11 from the field. A pair of freshmen in Aaliyah Alexander, who added 10...