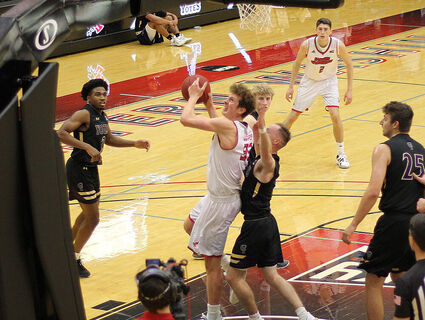 CHENEY-When sophomore forward Jacob Groves thundered down the lane and threw down a one-handed dunk in traffic around several College of Idaho Coyotes, he opted not to perform the "Raise the Roof" celebration his brother Tanner famously did after a SportsCenter Top 10 dunk almost exactly a year prior against another Cascade Collegiate Conference NAIA opponent, Multnomah.

There was plenty to celebrate, however, as Groves' dunk with 7:32 left in the first half gave him two of his tied-for-team-high 15 points as EWU (1-3) easily disposed of COI 80-56 for its first victory of the season in a f...