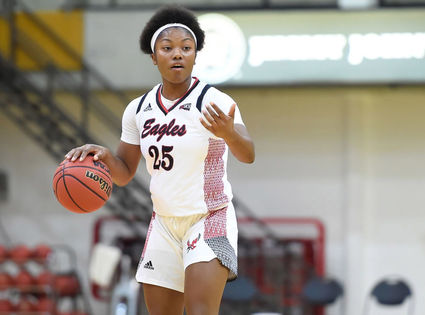 Freshman Aaliyah Alexander led Eastern Washington in scoring both games against the visiting Lumberjacks, tossing 18 points in her first collegiate game Saturday night and 16 on Sunday.

CHENEY – Aaliyah Alexander may just be the real deal.

The freshman from basketball powerhouse Todd Beamer High School in Federal Way scored 18 points for Eastern Washington University in her first collegiate game Saturday, Dec. 5, against visiting Northern Arizona, then turned around 24 hours later to score 16 more on Sunday against the Lumberjacks. But it proved to be for naught as the Eagle women lost both contests, 89-60 on Saturday and 69-55 Sunday to open the 2020-2021 Big Sky Conference season.

Saturday saw six players make their Eagle debut. Alexander scored seven of her 18 in the...