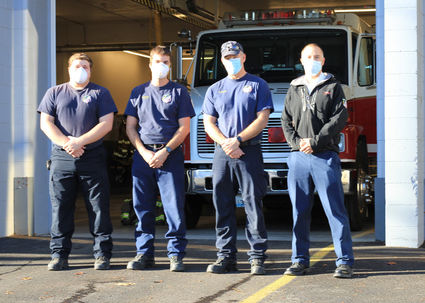 MEDICAL LAKE—City residents can now expect much quicker emergency response times for medical and fire needs, according to Fire District No. 3 Chief Cody Rohrbach. District No. 3 opened Station #311 on Dec. 1.

The station is adjacent to city hall and houses at least two firefighters around the clock. Rohrbach noted that calls for service within city limits and just outside the city can now be responded to from a station within the city. Previously, Fire District No. 3’s closest station was in Four Lakes.

“It added about 4-6 minutes of response time,” Rohrbach said.