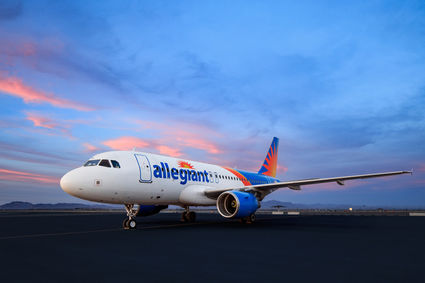 SPOKANE – Allegiant Airlines announced Nov. 17 that it was offering two new nonstop routes from Spokane International Airport: one to Las Vegas, Nev. and the other to Orange County, Calif.

In a news release, Spokane International officials said the new nonstop routes will operate twice weekly, with flight days, times and the lowest fares found only at Allegiant’s website.

“We are excited to welcome Allegiant back to the Spokane/Coeur d’A...