Alarm goes off at noon daily, but not before Babb Fire 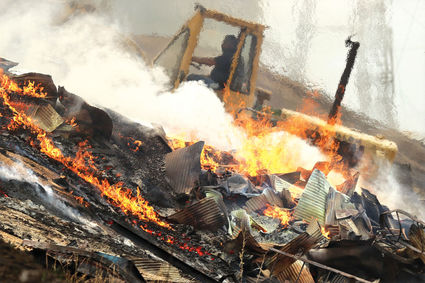 A bulldozer operator is viewed through the heat haze produced by the destroyed Pine City grain elevator.

MALDEN – Angry residents wanted an answer Tuesday on why the city's fire siren never sounded on Labor Day when the Babb Fire swept through town.

During a meeting that attracted more than 150 residents, volunteers and government officials, several residents loudly demanded an answer.

Among those residents is Vanessa Place, whose home was destroyed, leaving her, her husband and four kids living out of a travel trailer in the burned-out town.