Overcoming the need to fill in boxes 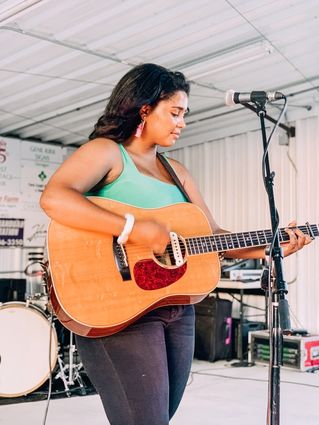 NASHVILLE, TENN. – Born in Brazzaville, Congo to a white father and black mother, Karen McCormick has often found herself facing a decision when filing out employment forms. Particularly the part that asks about race.

The 2013 Cheney High School and 2018 Eastern Washington University graduate and aspiring country music artist has recently chosen to be more vocal about her feelings on race, its role in society and movements such as Black Lives Matter - posting thoughts and some background information on her various social media pages. Particularly her experiences trying to carve out a career in Nashville in a genre that doesn't have a lot of artists of color.

Growing up, McCormick said she has always been drawn to country music. The family moved a lot while she was young - from the Congo where her dad was in the Peace Corps to Reno, Nev., then to Lawrence, Kan., back to Africa for a couple years then Lawrence for her dad's doctorate, Ellensburg, Wash. and finally Cheney in 2008.

It was about this time that her begging for a guitar finally paid off.

"I remember as soon as I got the guitar I said, 'OK, now I've got to go to Nashville because that's where country music is," she said.

McCormick built her music credentials locally through high school and college, playing guitar and singing at the Sutton Park Gazebo as an artist in Cheney's summer music series, open mics at The Mason Jar and other locations. Her hard work paid off, winning "Got Talent, Spokane?" followed by playing two dates on Kelsea Ballerini's "The Unapologetically Tour" with Walker Hayes.

McCormick joined Hayes for two dates on his tour, and then opened for Terry McDermont of NBC's "The Voice," her performance garnering over 850,000 views on YouTube. Moving to Nashville in 2018, McCormick released her first single in August that year, "We Were On Fire" which racked up more than 50,000 streams on Spotify. In 2019, her single "Dancing With Him Tonight" recorded 85,000 streams on Spotify and was premiered by the country music site Taste of Country.

All the while, McCormick faced questions from people when they found out she was a singer/songwriter. Often, people would ask her if she performed hip hop or R&B - and subsequently go blank in their expression when she said she performed country music.

"I began to feel like I was not supposed to do country," she said. "Should I do country? Vocally, stylistically, I don't have that kind of voice for R&B."

Over time, McCormick came to realize people's responses to her were because they were used to people of color performing those other music styles. They expected it of her.

"When I turned 24, I started to recognize it's not me," she said. "It's really on the fact that we don't have very many people in color that are bi-racial."

While Black country artists such as Charley Pride, Darius Rucker and Aaron Neville are more widely-known household names, more recent artists such as Kane Brown, Jimmie Allen and Mickey Guyton may not necessarily be so outside of more dedicated fans. McCormick believes that is changing as forms of country such as country rock and country R&B become more established.

She also doesn't believe it's solely the fault of music fans who find it unexpected that a person of color would be a country music performer. It's also music executives who need to understand there is a audience for artists like McCormick and that audience can expand to include others.

McCormick believes that conversation is beginning to take place. Growing up, she said she never experienced any direct form of prejudice because of her color. She acknowledges she enjoyed some benefits and privileges because of her father being white that she might not have had if her parents had both been Black.

What McCormick does remember about race growing up is more subtle, the shifting of eyes towards her, the double takes. If she talked about getting her hair done, someone might recommend a salon that specializes in hair styles for Black women.

But she didn't really think much about it until she got to Nashville and a larger minority population.

"Because I was so used to seeing white people, and I'm not saying that's a bad thing," she said. "It just really puts it into perspective that wow, I really grew up in a predominantly white environment."

McCormick said she became aware of the Black Lives Matter movement around the time of the Ferguson, Missouri shooting in 2014. At the time, she said she didn't really think much about it.

Since then, she's come to identify more with the movement through her Nashville experiences and understands why it's taking place. She's encouraged by conversations the movement is beginning to inspire in all people, despite some of the violence happening on the periphery. 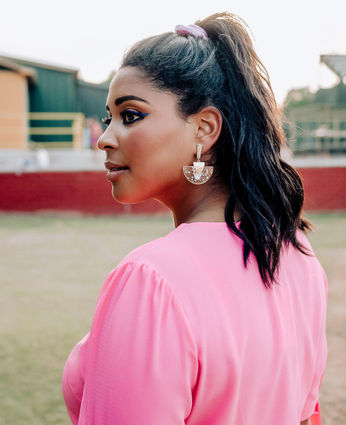 Cheney High and EWU alum Karen McCormick has at times been confronted by questions about her musical style because of her being bi-racial.

"I think that what we have here is a group of people who are tired, who are angry, who are frustrated, who are sad, who are just wanting to be heard and recognized and acknowledged," McCormick said. "I definitely think the conversation we have had over the last couple of months shows that we are headed in a direction where I believe change is going to come. I have to believe that change is going to come because there was something wrong with the system before."

McCormick also sees the conversation in this country through her mother's eyes – the eyes of an immigrant viewing the U.S. through the promises made of freedom and opportunity for all.

"If we're going to say that, we've got to be that," she said. "I believe this is not a political issue, and it's unfortunate that some have taken it and twisted it that way.

"I think people want to talk about it, but don't always know how," she added.

McCormick's EP, Retro, is out Sept. 25 for streaming from digital retailers, with hard copies available at her website.