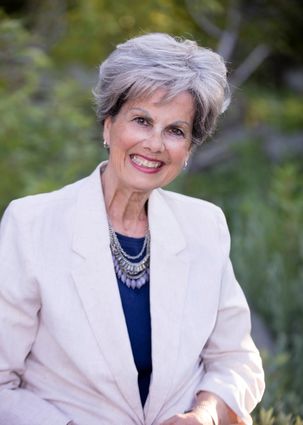 JoAnn Joyce Mehl was born in Eagle Grove Iowa, May 19, 1943. Her parents Gaylord Amos Mehl and Leora Mae Newcomb raised JoAnn with her older brother Larry and younger sister, Marilyn in Iowa until JoAnn was 11 years old. They then moved to Tucson, Arizona where she lived the remainder of her youth.

She Graduated from Rincon High school in 1961 after which she hopped into her Coral Lark convertible and set her sights from the dust and heat of Arizona to the ocean breezes of the California coast. It was there that she married Gerald Ray Riley on the 30th of May, 1964. They started their lives in San Diego where their first daughter, Susan Marie was born. Throughout their many moves in the Air Force as well as out, five more children entered the nest, Katherine Anne, William Gerald, Deborah Louise, David Newcomb, and last but certainly not least, the baby she knew that was supposed to be the caboose, Laura Elizabeth.

She earned an LPN in nursing and ended up using this knowledge to encompass the natural compassion she had toward her family, friends, and individuals she cared for. Her talents laid in baking whole wheat bread varieties, sewing, crocheting, caring for her many flowers/plants, and even weeding, wherever she saw a weed. The most important knowledge she gained during her lifetime, was her relationship with Jesus Christ and the love from Him, which carried her.

JoAnn went through the veil to embrace His love and those who eagerly awaited her August 24, 2020, from breast cancer. She is survived by her sister Marilyn Binion, brother Larry Mehl, daughters-Kathy (Kory), Deborah and Laura (Jason), sons-William (Leslie) and David (Rachel), 33 grandchildren and 5 great-grandchildren all of which she called "her priceless gems". JoAnn is pre-deceased by her beloved daughter, Susan Marie (Rich).