Fire control from above 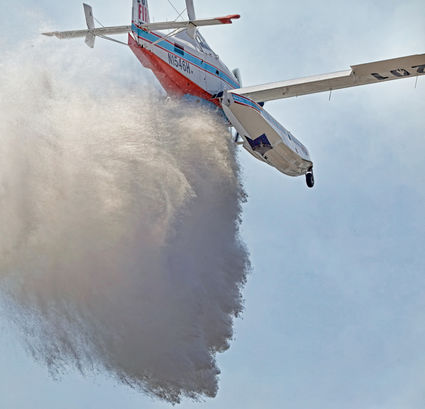 A Fire Boss aerial firefighting plane delivers approximately 800 gallons of water on a 17-acre brush fire that broke out two miles southwest of Cheney and east of State Route 904 early in the afternoon Aug. 5. The fire scorched an area between South Dayton and West Cameron roads, burning dry grass, sagebrush and a few trees.

Department of Natural Resources investigators said a “power line issue” was the cause of the blaze that led to Level 3 evacuation orders given to several area residents.