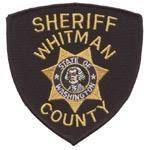 PULLMAN — A local man is in the Whitman County jail facing charges in an alleged kidnapping and stabbing of a woman.

Jose Chagollan-Flores, 35, is being held on $1.5 million bond on charges of second-degree assault and kidnapping.

He was booked into the jail at 8:43 a.m. Saturday, Aug. 1, following a reported abduction and stabbing near the intersection of Whelan and Kitzmiller roads, records show.

Officers from the Whitman County Sheriff's Office, and Pullman and Washington State University police were dispatched to the location at about 2:20 a.m., records show.

Upon arrival, officers located and provided aid to an injured woman, who appeared to have been stabbed numerous times, a police report said. The suspect, Chagollan-Flores, who was still in the area, was immediately identified and taken into custody.

Witnesses who happened upon the scene just prior to the assault called 911 after the woman escaped from the suspect's vehicle and climbed into the back of their vehicle pleading for help, records show.

According to the witnesses, at that time, Chagollan-Flores intentionally drove his late model Lincoln Navigator into rear end of the witness' vehicle at a high rate of speed, records show. Chagollan-Flores is then alleged to have pulled the woman from the vehicle, threw her to the ground and stabbed her numerous times with a knife.

Sheriff's Office investigators spent most of the early morning hours at that location documenting the scene and collecting evidence, records show.

The victim was transported to a local hospital, where she was treated for her non-life-threatening injuries.

This case is still under investigation.