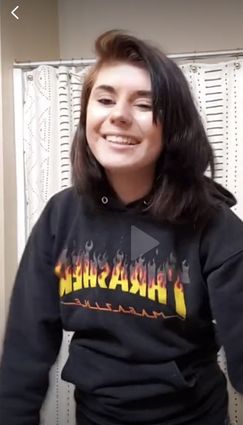 CHENEY -- Police Department officials are asking for the publics help in tracking down a runaway missing from her home since Monday, July 13.

Kendra Gannaway is a 15-year-old female who has run away several times in the past but has always communicated with someone in her family or with friends. Cheney Police Department Capt. Rick Beghtol said the last time she ran away was a couple of weeks ago, and she usually texts her mom while doing so.

"This time, she isn't communicating with her at all," he added.

Gannaway is currently from Cheney but used to live in Airway Heights, and often frequents that city. She may also have been seen in the vicinity of Mission Park in east Spokane near Gonzaga University.

Gannaway is described as having dark hair, about 5 feet, 5 inches tall and weighing roughly 125 pounds.

If found or you know of her whereabouts, please contact Beghtol at the Cheney Police Department at 509-498-9282.