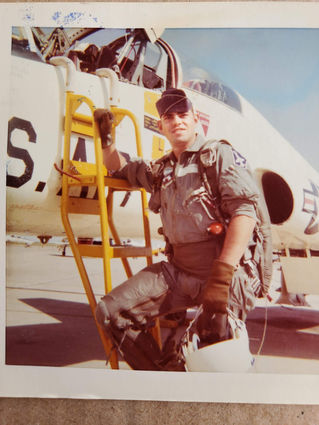 Pikeminnow anglers up and down the Columbia and Snake rivers in Washington and Idaho revere Mac as a bounty hunter for the predatory fish, and he met his soulmate Linda Moore while working to protect juvenile salmon and steelhead with the Pacific States Marine Fishery Commission.

Mac is a U.S. Air Force Veteran, and during his career as a KC-135 navigator and boom operator he was known by the handle 'chrome turtle.' He guided countless pilots to safely refuel while in flight in Vietnam, and loved sharing stories about adventures with comrades he met while flying around the world. He was stationed at Fairchild Air Force Base, Wash .; Loring Air Force Base, Maine and attended basic flight school at Castle Air Force Base in Merced, Calif.

Born on March 18, 1947 in Chippewa Falls, Wisc. to Bernice (Yeager) and Eugene McDonald, Mac always looked forward to summer vacations at his family's Park Motel in Tomah, Wis. and loved catching up with relatives and childhood friends during Cadott High School reunions.

He was the first member of his family to earn a college degree, and joined the Air Force after graduating from the University of Wisconsin, Superior. After retiring, he pursued his joy of cooking and earned degrees in hospitality and culinary arts.

He was preceded in death by his mother Bernice Catherine Kucera in 2007, stepfather Edward Kucera in 2003, brother David McDonald in 1967, stepfather Donald Benish in 1957 and he lost his father Eugene Wilfred McDonald during the 1951 polio epidemic.

A celebration of life and flag ceremony are scheduled at 2 p.m. PDT on Saturday, June 27 to share tributes and memories at Merchant Funeral Home, 1000 7th Street, Clarkston, Wash. The family welcomes you to share your stories and photographs online at: https://merchantmemorialgroup.com/book-of-memories/4248297/McDonald-Robert/index.php