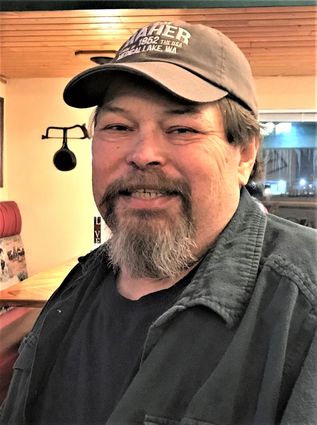 Michael Wayne Maher, 67, of Medical Lake, made "his last trip to the damn hospital" on May 10, 2020 and passed peacefully. The child of an airman, Mike spent his childhood moving around and believed this travel and life-experience was critical to his outlook and shaped his views and values.

As the oldest, he was known as the "ringleader" and would often tell his younger siblings and cousins they could do whatever they wanted as long as they "didn't get caught." He was a Cardinal, an Eagle and dedicated 30 years of service to the state of Washington and took great pride in his job at the Department of Ecology.

Mike was known for his devotion to improving the world, adoring his family and always being the life of the party. He was a true life-long-learner and had an unquenchable thirst for knowledge. Visiting the ocean, fantasy football and cooking were some of the things he enjoyed most, along with telling people how to "do things better," discussing politics with people of opposing views and only making bets he knew he would win.

Many remember his phases of gem-hunting, hosting parties, hobby farming, beer making and countless others. Mike did not like to do things half-assed and really lived by the phrase "go big or go home." He usually had a saying to fit any situation and when he didn't, would make up a song.

Mike "never met a stranger," as they say, and made a friend nearly everywhere he went. Nothing gave him more pride than his family and he was sure to let them know that every chance he got.

Never one to dwell in a sad moment, Mike wanted his celebration of life to be a true party so that is what we shall do. The party is planned for early September - bring photos, stories and an appetite and get ready to celebrate the man who never stopped partying.