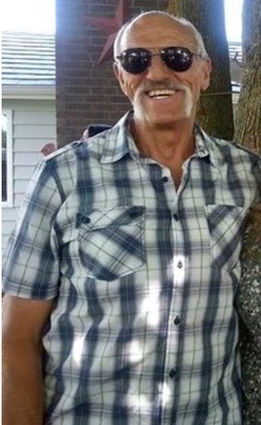 Wayne Norman Just passed away peacefully April 30, 2020 at his mountain cabin, his loving wife Tracy by his side. Wayne was born in Coeur d'Alene, Idaho, on Nov. 13, 1950 to the late Harry and Retha Just.

They moved to Cheney, Washington when he was five years old. He attended Cheney Schools and was a gifted athlete that excelled at baseball, basketball and football. After graduating from high school, Wayne attended Eastern Washington State College before being drafted into the Army during the Vietnam War. Wayne spent two years in the 557th Quartermaster Company, much of that time in Germany. After serving his country, Wayne worked for the city of Cheney and then Murphy Brothers Construction for the rest of his career until he retired in 2005.

Wayne was a much-loved husband, father, grandfather, brother and friend who will be fondly remembered as "Pa." He loved and valued his family and friends, always prioritizing his family above all else. He instilled the values of hard work and honesty in his children.

His most important lesson was teaching others never to be afraid of trying something they didn't know how to do, and if you put your mind to it you can do anything. Wayne never missed an opportunity to tell his kids "It will work out, it always does," and "be observant, it's the key to life," and of course if he won at any games, he would let you know he was "The Winner and Still Champion."

He loved camping, fishing, hunting, gardening and working on the family home. One of his favorite pastimes was taking weekend drives on roads less traveled with no destination in mind. Christmas was Wayne's favorite time of year and he made sure the Just home was decorated like a gingerbread house, lights perfectly spaced. Of course, Christmas wouldn't be complete without a trip to the family's Springdale property in search of the perfect 20-foot-tall fir tree.

It was always Wayne's dream to live in a remote cabin surrounded by wildlife, underneath a starlit sky. In 2016, Wayne and Tracy found an 80 acre homestead outside Curlew, Washington where they lived out that dream until his recent passing. Those years were filled with friends and family visiting the property, and exploring the vast surrounding wilderness.

Everyone who knew Wayne will remember his welcoming smile that lit up the room. He was a humble man who's awards and recognitions throughout his life quietly stacked up. By far, his greatest achievement was being a loving and patient dad, and putting up with a stubborn wife!

His love for life was genuine and his memorable personality will live on through those he touched. One of Wayne's favorite things to say was "Gotta go now". He had to go, but will be remembered with love and laughter by all who were blessed to know him.

Wayne is survived by his wife, Tracy of 36 years, his children Cindy (Dezmon) Cole, Luke (Katie) Just and his beloved grandchildren Anneliese, Harper and Roseline, his brother Cleo (Marylou) Just and many in-laws, nieces, nephews and cousins.

Due to the current restrictions, no immediate services are scheduled.