The day the mountain roared and the base went dark

A look back at Fairchild and the Mt. St. Helens eruption 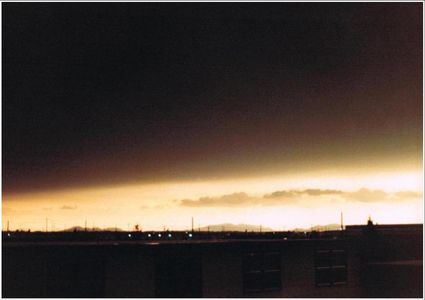 Darkness descends over Fairchild Air Force Base mid-afternoon May 18, 1980 as the Mount St. Helens ash clouds moves over in a photo taken by former base public information officer Al Cole.

Editor's note: This story was originally published in March 2017 for the Cheney Free Press's special section commemorating the 75th anniversary of the founding of Fairchild Air Force Base.

FAIRCHILD AFB - There's not much that can bring a Strategic Air Command bomber and tanker base to its knees and as close to a shutdown as possible.

Except that is for the unknown fury of Mother Nature's wrath. That's not, mind you with cold, snow, ice or other weather, but a volcano that effectively shut down Fairchild Air Force Base's mission for weeks.