By Katie Teachout
The Journal 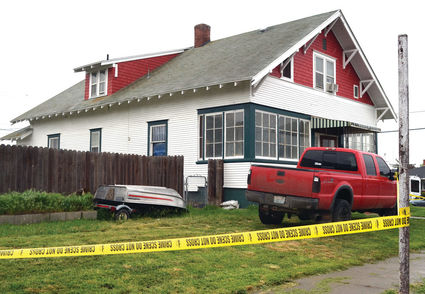 PORTLAND, Ore. - A man wanted in connection with the shooting death of his father in Ritzville remained in the Multnomah County Inverness Jail on Tuesday morning, booked on several charges.

Grayson D.W. Morris, 26, is being held without bail on charges of first-degree robbery with a firearm, attempting to elude by vehicle, unauthorized use of a motor vehicle, reckless driving, reckless endangerment, and four counts each of unlawful use of a weapon and first-degree attempted murder.

According to court records, Morris was arrested following a high-speed chase on Interstate 84 last Thursday mo...