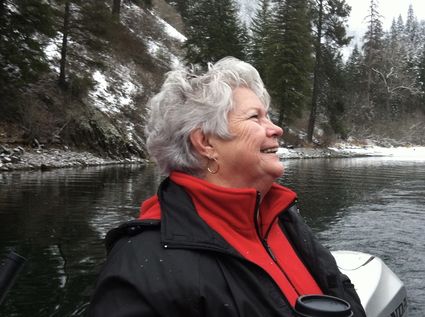 Christie Diane Brooks passed away quickly and unexpectedly at home in Cheney, Washington on Sunday, April 5, 2020 due to complications during her brief battle with cancer.

On December 30, 1941 she entered this world as Christie Diane Newcombe in the small town of Yerington, Nevada, the second of three children born to Charles “Charlie” and Ella “Babe” Newcombe. Her childhood in Yerington was filled with loving memories of small town mischief and everyday life that was shared by a large loving circle of family and friends.

Once graduated from Yerington High in 1959, she would move to Las Vegas Nevada where she married and started her family. She eventually settled in Cheney, Washington in 1974 where she continued as a loving and devoted mom to her 3 children Tina, Tracy and Todd.

In 1978 she met and married her beloved husband of 32 years, George D. Brooks and became a loving step mom to Mike and Jim Brooks.

As a mom, Chris enjoyed encouraging and supporting her children in numerous activities and interests. She has always been her family’s biggest cheerleader.

Christie has enjoyed gardening, canning, sewing, cooking, decorating, holidays, painting, sports (#1 Eagles Fan!), classic car clubs, neighboring and loving any critter, domesticated or wild that ended up on her doorstep or in her backyard.

Outside the home she had co-owned a small consignment shop called “The Loafing Shed,” worked as a Meat Wrapper and Bookkeeper for Riba Bros. IGA and retired after 30 years of service from Eastern Washington University as an Office Administrative Assistant.

She was a great listener, encourager, a quick wit with a love of sarcasm who respectfully spoke her mind that she generously shared, along with her homemade loaves of banana bread.

Simply stated, Chris loved and cared for people in a way that created a community that was continually expanding.

Christie was preceded in death by her parents, Charles B. and Ella M. Newcombe, her younger sister, Sharon K. Smith and her husband, George D. Brooks.

Due to COVID-19 restrictions on memorial services, a celebration of life will be postponed to a later date. Online guestbook at cheneyfuneral.com.