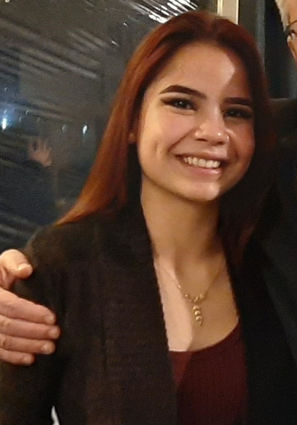 Contributed by the Cheney Police Department

CHENEY – The Police Department is investigating a report of 17-year-old female who has been missing since January 2020.

Cheney High School student Kasandra Kuuipo Cabarloc is 4-feet-9-inches tall with dark hair and brown eyes. Her family reported her as a runaway in January, and since that time she has been in communication at times with family and friends via social media, according to an April 28 departmental press release.

Police Capt. Rick Beghtol said at one point they had reports of her staying with a boyfriend in Airway Heights. Beghtol said the department contacted the boyfriend looking for information.

"We told him he could be cited for harboring (a runaway), at which point she apparently left," Beghtol said.

Cabarloc has not been heard from since March. If anyone has information on her whereabouts, they are asked to call Beghtol or Cheney Police Detective Rocki Hanni at 509-535-9233.

"They (family) are trying to get her to come home," Beghtol added.