I-976 could go into effect Friday 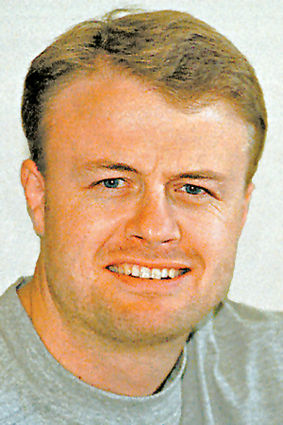 SEATTLE -- The King County judge who initially blocked the $30 car-tab cap denied most of the challenges to the taxpayer-approved measure.

But he severed parts of the measure that related to how vehicle valuations are calculated in the Puget Sound region. Those valuations provide the basis for Sound Transit to collect taxes to expand its operations.

"Plaintiffs remaining challenges to Initiative 976 are denied," Judge Ferguson wrote in his order.

Initiative guru and gubernatorial candidate Tim Eyman, who led the effort to halt municipal governments' continued additions of fees and taxes on license plate tabs, said he is elated by the decision.

The initiative was originally supposed to take effect Dec. 5.

Anyone who paid taxes and fees above the $30 cap since then should receive a refund, Eyman said, noting municipal governments will need an estimated combined 200,000 man-hours to process nearly four months of refunds.

Those who haven't paid for vehicle tabs yet could see the $30 limit by the end of the week.

"On Friday, we get our $30 tabs," Eyman said, noting Seattle, King County and other government agencies suing the electorate to block the measure may have one last stand.

Eyman said he expects King County and the city of Seattle to try to appeal directly to the state Supreme Court before Friday, when the $30 car tab cap is expected to go into effect.

"We just have to hold our breath for three more days," he said. "They would have to prove the judge made an arbitrary and capricious ruling."

In his order, Judge Marshall dismissed claims the measure violated the single-subject rule, separation of powers and the state Constitution. He also dismissed a challenge relating to the ballot title written by State Attorney General Robert "Bob" Ferguson, no relation to the judge.

"I think he (Pidgeon) saved the whole thing," Eyman said. "And Clint didn't take no for an answer."

Didier led the charge to get municipal governments to pick up the mantle on behalf of taxpayers, starting with the Franklin County Commission.

But Commissioners Robert "Bob" Koch and Brad Peck refused to support Didier's efforts. During a public meeting, Peck went so far as to claim intervening was "illegal."

Didier, supported by a few Franklin County residents, put together enough money to hire Pidgeon and intervene on behalf of voters.

Referring to Gov. Jay Inslee's order to shutdown business as usual in the state due to the COVID-19 coronavirus, Judge Ferguson said:

"Almost overnight, thousands of Washington residents have lost jobs due to the public health crisis. Ongoing, sizable job losses are predicted for the near future. Washington residents continue to receive invoices from the state requiring them to pay motor vehicle license fees and taxes, some of which might not be collectible were I-976 to be implemented."

Ferguson said those fees and taxes "might be substantial" and in the "hundreds of dollars."

"For some Washington residents who have just lost their jobs, who now face grave financial peril, receiving a car tab invoice that they can no longer afford could plunge them into dire straits or force them into harsh dilemmas," he wrote.