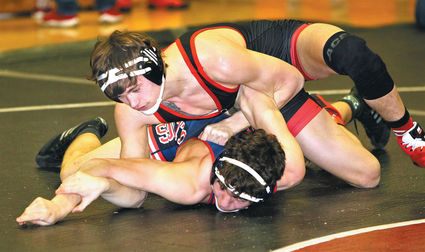 But two local grapplers won Class 2A regional titles — Dylan Straley at 145 and Jackson Showalter at 152.

Toppenish won the team title with 292 points, followed by Selah with 128 and Cheney with 116. Fourth-place went to Othello with 107 team points and fifth to Ellensburg with 80.

Rounding out team scoring, East Valley (Spokane) was sixth with 70 points, Wapato seventh with 62, Quincy eighty with 55.5, and Ephrata and...