Doing it for the love of the kids 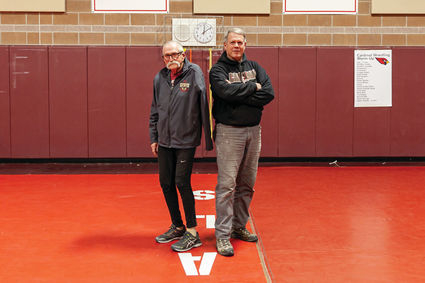 Medical Lake High School cross country head coach Gene Blankenship, left, and Mat Maulers Wrestling Club coach Wayne Terry come from different political perspectives, but both share one thing in common: the open and outward expression of love they share with their athletes that pays dividends in relationships and life.

In this age of extreme social and political polarity, it would seem unlikely that Medical Lake High School head cross-country and track coach Gene Blankenship and Mat Maulers Wrestling Club coach Wayne Terry would have anything in common.

Yet they do, and that one commonality has proved a receipt for lasting success...