For one Medical Lake wrestler injury underscores his desire 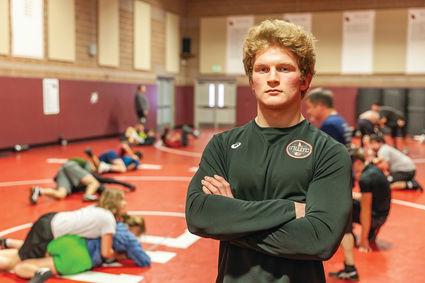 MEDICAL LAKE — The spotlight shining down on the mat reflects upward on the young man’s face that is nearly emotionless, yet somehow predatory.

“That’s what you have to do,” 16-year-old Cardinal wrestler Ethan Davis said. “That puts a fire under your butt. It sets you off.”

Today, the 170-pound champion wrestler doesn’t study his competition, but feels it better to simply “impose my will on my opponents,” whom he sees, at least while he’s on the mat, not so much as someone to beat — but something to destroy.

Being a predator is “something you want to project,”...