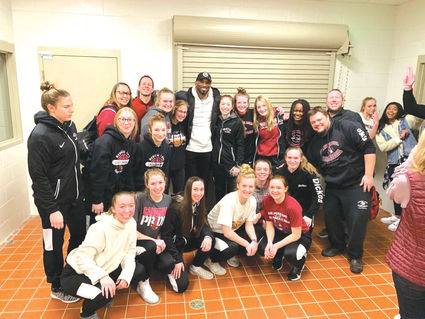 The Medical Lake girl's basketball team poses for a photo with former Los Angeles Laker's basketball star Kobe Bryant after a game in Cashmere on Jan. 11. Bryant, middle, and his 13-year-old daughter, Gianna, far right, were killed along with seven others Sunday in a helicopter crash near Los Angeles.

CALABASAS, CALIF. - As has been widely reported, former National Basketball Association legend Kobe Bryant, along with eight others, including his 13-year-old daughter, Gianna, died Sunday morning in a helicopter crash near Los Angeles.

Members of the Medical Lake High School girl's basketball team were able to meet the basketball icon when they traveled to Cashmere on Jan. 11 for non-league games against the Bulldogs.

Van Lith had trained the previous summer with Bryant at his Mamba Sports A...