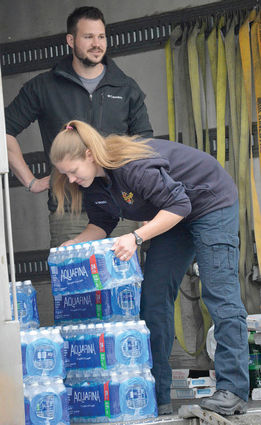 AIRWAY HEIGHTS – Contaminated water around Fairchild Air Force Base has generated another lawsuit.

Melissa Commodore filed a $4 million lawsuit against the U.S. Department of Defense in federal court for the Eastern District of Washington on Dec. 26, alleging she and her son suffered health problems from consuming water found to be contaminated by chemicals used in firefighting foam for years at the base. The contaminants were found in water used by residents in and around Airway Heights in May 2017.

According to the lawsuit, Commodore and her son lived in the Copper Landing Apartments fr...