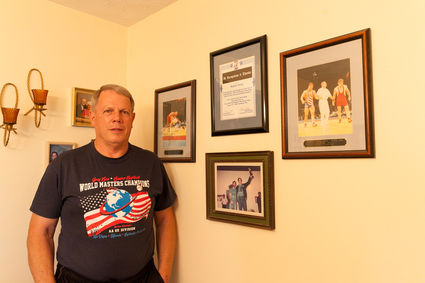 Wayne Terry was inducted into the Wrestling Hall of Fame in June 2019.

MEDICAL LAKE - After years of leadership and emersion on the local and regional folkstyle wrestling scene, Wayne Terry, co-creator of Medical Lake's Mat Maulers Wrestling Club and the Washington Little Guy Wrestling League, received a Lifetime Service to Wrestling award and was inducted into the National Wrestling Hall of Fame in Stillwater, Okla., for his decades of service and leadership to the sport at a June 2 ceremony in Olympia.

Mat Maulers originally began as part of the City of Medical Lake Parks and Recreation Department with 17 boys ranging in age from 5-14.