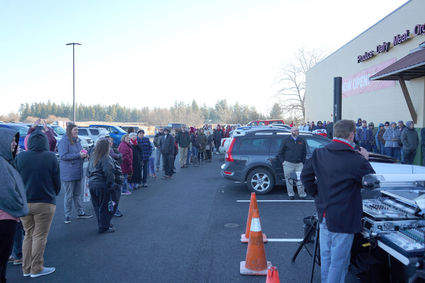 That work went fast, with site preparation closely followed in early fall by the building “going vertical” with construction of the structure it...