Bella Cravens and Jessica McDowell-White finish with double doubles, while freshman Jenna Dick led the way with a career-high 17 points 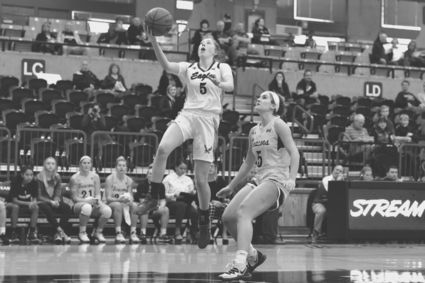 CHENEY — For the first time this season, the Eastern Washington University women’s basketball team finds themselves in the win column after an 81-62 victory over Northwest Christian on Sunday, Dec. 8, at Reese Court.

The Eagles had four score in double figures, led by freshman Jenna Dick who had 17 points, 15 of which came from 3-point range, in her first career start. Bella Cravens finished with 16 points and tied a career-high 15 rebounds for her second consecutive double-double.

Kennedy Dickie followed with a career-high 15, while Jessica McDowell-White earned the first double-double...